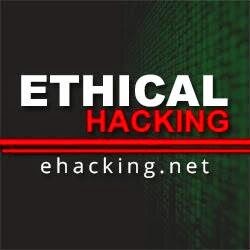 Can you hack a wireless (wifi) network without using any tool? If yes, then you must be kidding me. Manual hacking & penetration testing has its own advantages, but using automatic tools can make your job so easy, fast and effective; especially when we talk about WiFi secret key or password cracking.

There are many tools out there and every hacker / pentester uses their own set of favorite tool, but some of them are common and most of the people are using them, even during the wifi hacking class. So, what the top wireless hacking tools of this year 2015? Let's have a look:

Aircrack is a suite of tools for 802.11a/b/g WEP and WPA cracking. It implements the best known cracking algorithms to recover wireless keys once enough encrypted packets have been gathered. . The suite comprises over a dozen discrete tools, including airodump (an 802.11 packet capture program), aireplay (an 802.11 packet injection program), aircrack (static WEP and WPA-PSK cracking), and airdecap (decrypts WEP/WPA capture files).

Kismet is a console (ncurses) based 802.11 layer-2 wireless network detector, sniffer, and intrusion detection system. It identifies networks by passively sniffing (as opposed to more active tools such as NetStumbler), and can even decloak hidden (non-beaconing) networks if they are in use. It can automatically detect network IP blocks by sniffing TCP, UDP, ARP, and DHCP packets, log traffic in Wireshark/tcpdump compatible format, and even plot detected networks and estimated ranges on downloaded maps. As you might expect, this tool is commonly used for wardriving. Oh, and also warwalking, warflying, and warskating, etc.

Netstumbler is the best known Windows tool for finding open wireless access points ("wardriving"). They also distribute a WinCE version for PDAs and such named MiniStumbler. The tool is currently free but Windows-only and no source code is provided. It uses a more active approach to finding WAPs than passive sniffers such as Kismet or KisMAC.

inSSIDer is a wireless network scanner for Windows, OS X, and Android. It was designed to overcome limitations of NetStumbler, namely not working well on 64-bit Windows and Windows Vista. inSSIDer can find open wireless access points, track signal strength over time, and save logs with GPS records.

This popular wireless stumbler for Mac OS X offers many of the features of its namesake Kismet, though the codebase is entirely different. Unlike console-based Kismet, KisMAC offers a pretty GUI and was around before Kismet was ported to OS X. It also offers mapping, Pcap-format import and logging, and even some decryption and deauthentication attacks.

Your favorite tool is not in the list! Speak out loudly, use the comment box and suggest the tool that you want here and why.

What is your favorite tool?